Backtracking a bit to share about some of our adventures in the last weeks/months.

The third weekend of May, I had a lunch date in Pennsylvania with some high school classmates (having missed our reunion in LA). So we had to kill a little time between there and the Berkshires and were craving more nature. Scouring the map, the solution could not have been more obvious: New Jersey.

The Delaware Water Gap National Recreation Area between Pennsylvania and New Jersey is just lovely. Rivers, streams, ponds, mountains, valleys, tree canopies, fields of ferns, bevvys of birds–and if you are there on a weekday before Memorial Day, sparsely populated by humans.

We settled on Worthington State Forest, because nothing beats a riverside campsite (Delaware River in this case) and though the one Campendium review warned of some potholes and bears, we ventured on.

It was tricky to get to from the highway (a one lane road for part) and we had to proceed cautiously to and in the campground because of potholes. But the river beckoned and we persevered. We wiggled back into a site in the woods (there are many more further down the road in an open grassy field), eyes out for bears. 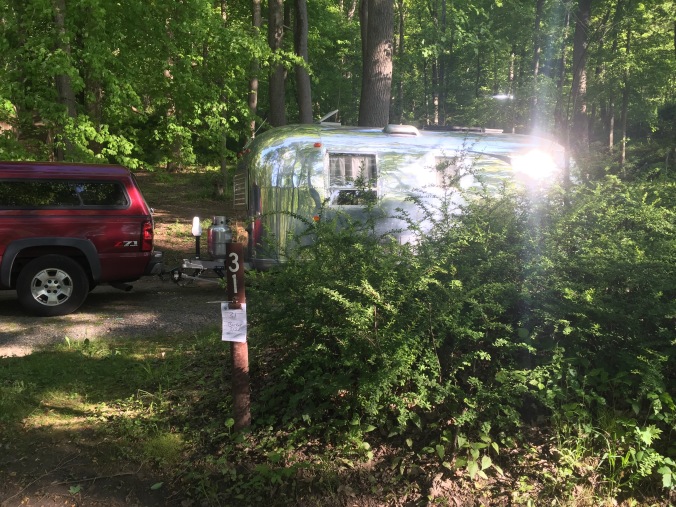 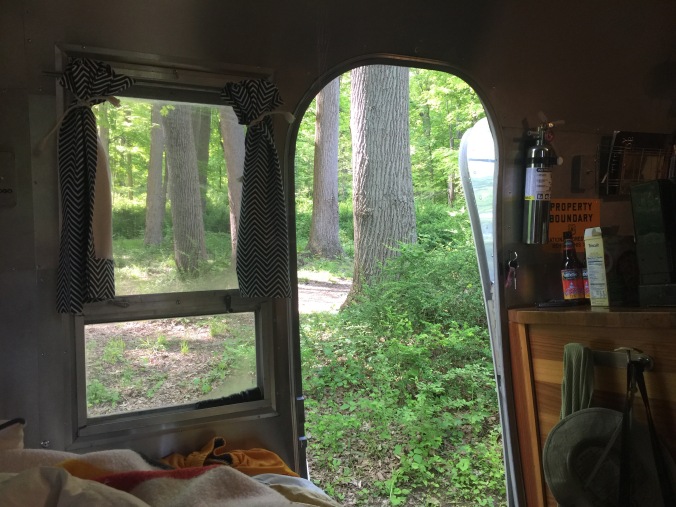 Our BIG activity was the 6 or so mile round trip hike (loop-yay!) to Sunfish Pond. You can walk to the trail head from the campground (yay!) As you probably already know, this special place is one of the seven natural wonders of New Jersey. 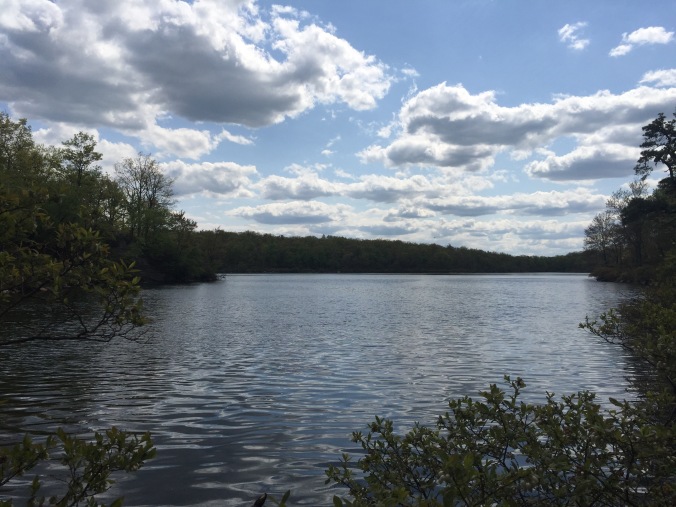 It was picturesque, at the top of a just strenuous enough ascent. The Appalaichan Trial runs alongside for a bit and it was cool to follow the white hash marks and imagine going for a really long walk in the woods. 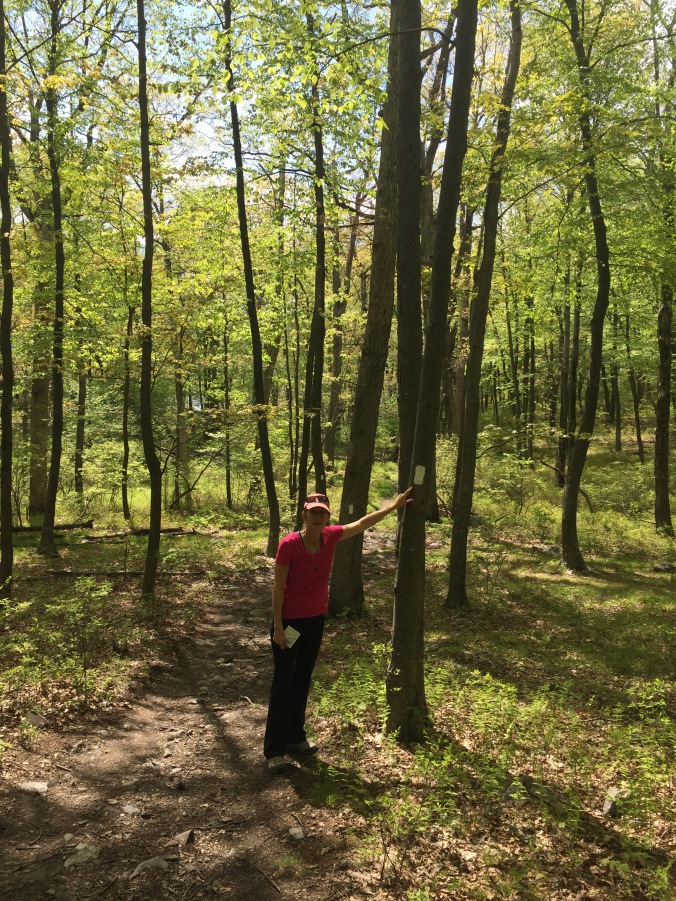 We crossed paths with some thru hikers – young guys with all their gear and lumberjack shirts fresh out of a J Crew ad shoot. I was too toungue tied to ask them any questions (dumb) so instead I told them a thing or two, e.g., “We just saw a snake!” True. It slithered out of the bushes (what’s that sound?) and crossed right in front of us on its way to the pond. Try to find it among the sticks below.

I screamed a little and wanted to make sure those fellas didn’t. No worries, they said: “Oh we just saw about four snakes back there, the way you are headed now.” Great. We didn’t see any more snakes, but we did see dozens of middle schoolers spreading out their tents in an open field, getting set for a night of fun, probably celebrating the end of the school year. We blessed their chaperones and proceeded back to our campsite. Some more scenes from the hike below. 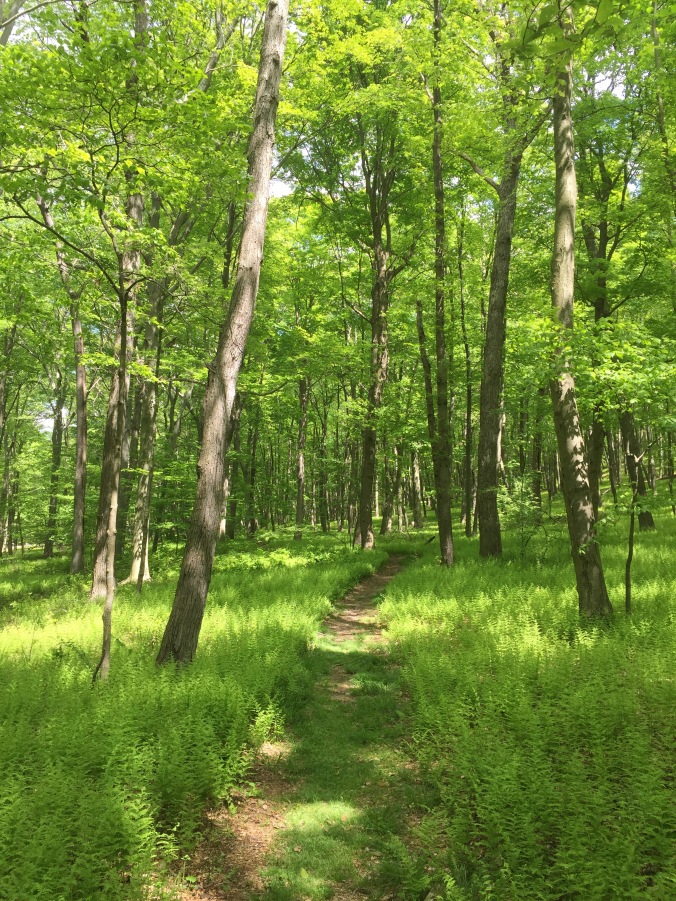 The next morning on the way out, those potholes got us. A pinhole size crack in the trailer wheel gave us a flat tire.

The fellas at Poconos Tire in Stroudsburg, PA helped us diagnose it but the spare got us back home where a new wheel from Vintage Trailer Supply would await.

One thought on “New Jersey”