Casual observers of the Airstream restoration process might think polishing the Airstream would be the very last thing you’d do – sort of the icing on the cake after the cake was baked. Not so. 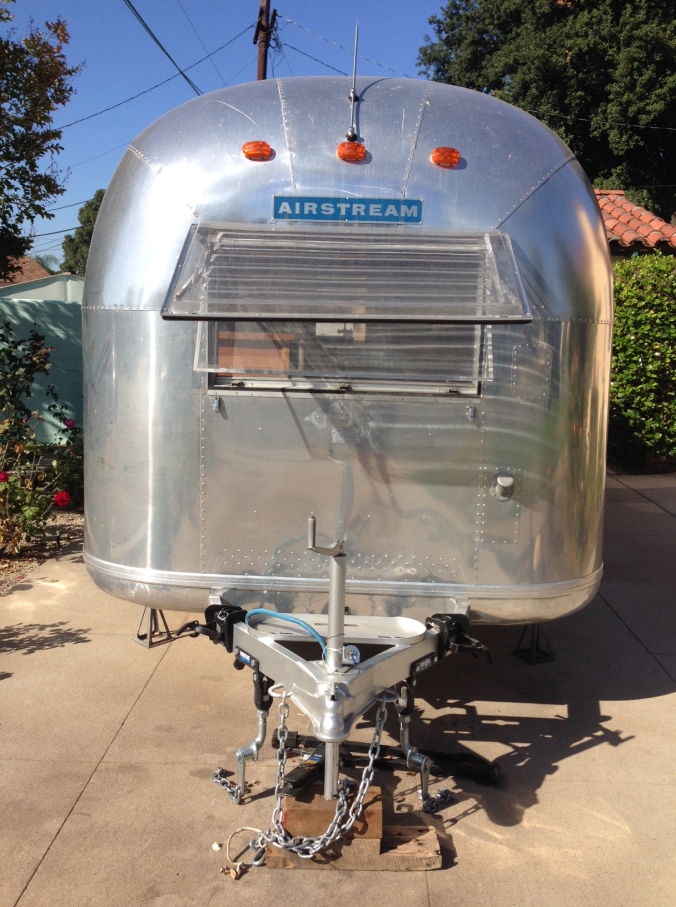 We chose to polish now – about midway – mostly because our polishing specialist, Collin of CFDetailing, was available to come down to Glendale from his home base in Santa Barbara for a few days; Ben was ready for a break from all the work requiring his brain power (designing, choosing materials, sourcing, watching Jeopardy reruns with my mom, oh and actually DOING ALL THE WORK); and I was back refreshed from several days off in DC visiting friends after a wedding back east. Ben and I would comprise the work crew, with Collin instructing and supervising.

When Collin arrived, he pronounced our Airstream “not that bad” and “in really good shape” compared to some that he has seen; many vintage Airstreams begin the process with layers of buggy grime, road filth, and deep oxidization to cut through. It’s true, ours just looked dull, as opposed to really dirty. He set out the tools of the trade – buffing machines, pads, spurs (for roughing up the pads when they get caked with polish), different grades of polish (think sandpaper in progressively finer grits), different rags for cleaning, wiping, etc.

Tools of the trade: buffers, lambswool polishing pads, and spurs!

I won’t tell all of his secrets, but one of Collin’s most important instructions was to keep anything that would be in direct contact with the Airstream off the ground (eg rags draped on ladders) because gravel, leaves, rivet bits and other restoration detritus are likely to end up getting polished right into the trailer or, more likely, scratching it.

I made it through Day 1 – contributing a fair amount polishing aluminum panels at ground and eye level. It was hot. There’s really no shade in our driveway – just sun moving from east to west, from curbside to street side of the Airstream. And I quickly learned my muscles are only so big, and not even really that strong.

The three person team, at our most productive, curbside (morning Day 1) in the shade.

By Day 2, I was so sore and spent, I did “prep work” on the trailer (with not-as-cool tools: masking tape and water soaked rags, some mineral spirits) then embraced my role as lunch chef and cold-drink bringer, a la the Amish women and children in the barn raising scene in Witness, and Nicole Kidman to Jude Law as he helps roof a house in Cold Mountain. (Great scenes in great movies.) 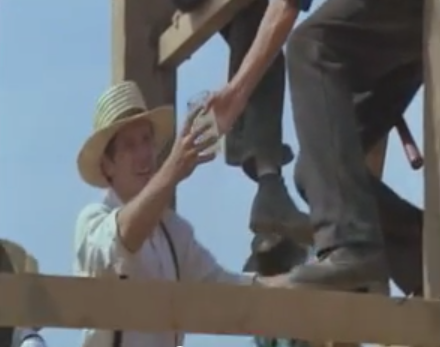 John Book’s romantic rival passes him the lemonade in Witness

After lunch, Collin and Ben took over completely, while I hid. Ben eschewed the work boots and jeans Collin wisely wears so his flip flops and feet looked like an Airstream in need of polishing. This picture and the foot behind it are really gross. (Instagram has over 5000 pics with #feetaregross).

Stay tuned for more after pictures but here are a couple from Days 1 and 2: 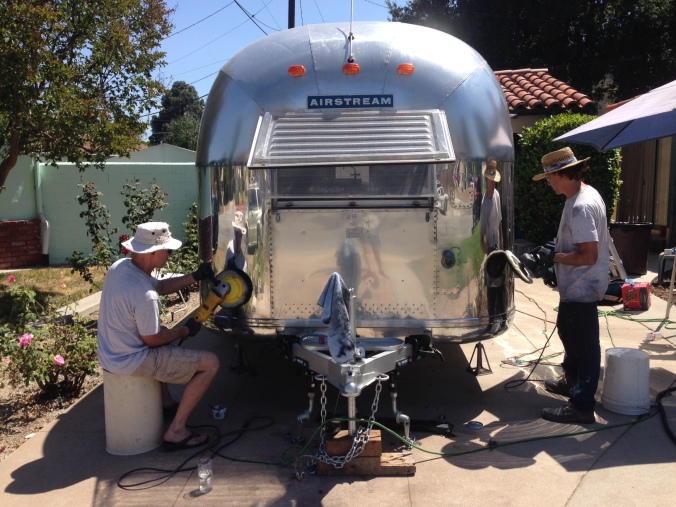 Ben and Collin getting to work, icing the cake. 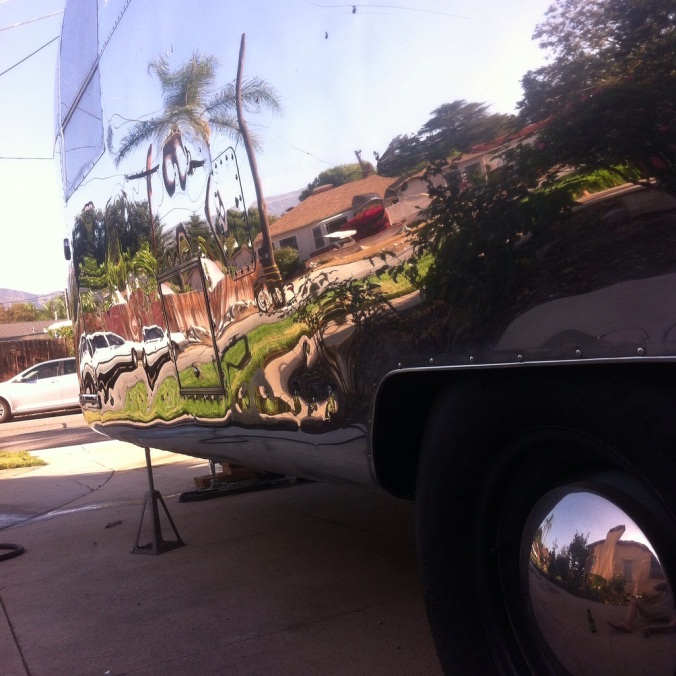 The palm tree is my favorite!

Did you know…? Up until 1982 Airstreams used a type of aluminum called alclad which polished up to a mirror finish. After that, they changed to a different grade of aluminum that doesn’t. That is one of the ways you can identify an older Airstream as it zooms by you on the highway. Did you also know…? There was no spit used in the polishing of this Airstream! Did you also, also know…? We have a lemon tree in our backyard! I’m getting an idea…

7 thoughts on “Spit and Polish. And buffers, rags, spurs, muscles, and lemonade.”